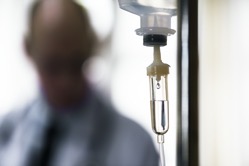 A tiny group of people with rectal cancer just experienced something of a scientific miracle: their cancer simply vanished after an experimental treatment.

In a very small trial done by doctors at New York's Memorial Sloan Kettering Cancer Center, patients took a drug called dostarlimab for six months. The trial resulted in every single one of their tumors disappearing. The trial group included just 18 people, and there's still more to be learned about how the treatment worked. But some scientists say these kinds of results have never been seen in the history of cancer research.