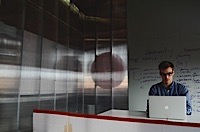 When most people think of startup hubs, a few common places come to mind. Even the average non-tech enthusiast knows that Silicon Valley and New York City are startup hubs thanks to stories about Google and movies like The Social Network. And while these places are certainly at the heart of technology, plenty of new startup hubs are blossoming around the world.

India is rapidly emerging as a major world startup hub. In a January 2011 article on five red-hot Indian tech startups, Memeburn notes that India has an advantage over China (another up-and-coming startup hub) in its relatively free, open economy. Additionally, “its high percentage of English speakers and its highly educated new caste of IT whiz kids” make India the “perfect breeding ground” for game-changing technology entrepreneurs.

To read the full, original article click on this link: 10 Up-And-Coming Startup Hubs From Around The World | Grasshopper Group