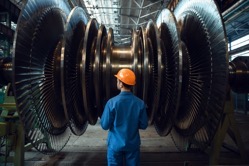 A big chunk of our clean-energy pie will be wind and solar. Somewhat smaller slices will be geothermal and nuclear and hydropower. But the last part, maybe the last 10 percent or so, might come down to more niche technologies like hydrogen fuel cells and marine power. The latter represents the cutting edge of clean energy R&D, and it’s primarily happening at the Department of Energy, where the Water Power Technologies Office is seeking to develop, test, and tinker with different devices until they’re commercially viable, at which point private firms will take it away. In general, these devices fit into a few main categories: wave, tidal, river current, and gradients. 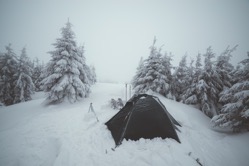 Executives and managers are tasked with juggling increasing pressures in the marketplace and workforce, managing a hybrid workplace, addressing challenges such as global warming through workplace strategies, and persisting in the face of uncertainty. Beyond that, the increase in social and political unrest and violence means that broader world concerns are affecting their employees in a variety of ways. 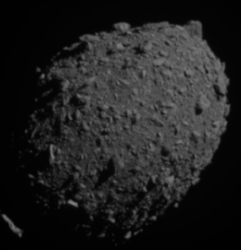 After billions of years of being pummeled by asteroids, Earth struck back. To test a strategy that could knock a potentially hazardous asteroid off of a collision course with Earth, NASA slammed a spacecraft into a 500-foot-wide asteroid called Dimorphos, which orbits a much larger asteroid called Didymos—and the test was a smashing success.

After text-to-image, text-to-video, and AI-generated video in general, is definitely the next big thing. Shortly after introducing its own text-to-video AI, Google introduced another AI-powered video tool -and it’s pretty darn awesome!

Google’s new program InfiniteNature-Zero lets you “fly into” a landscape scene, similar to what we often see in drone landscape videos. But you don’t need a drone – all you need is a single landscape image and AI does all the magic, turning it into a video and giving you a three-dimensional feel. 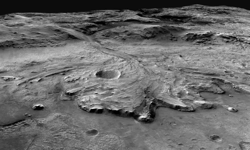 Ancient Mars may have had an environment capable of harboring an underground world teeming with microscopic organisms, French scientists reported on Monday. But if they existed, these simple life forms would have altered the atmosphere so profoundly that they triggered a Martian Ice Age and snuffed themselves out, the researchers concluded.

Image: The researchers suggest the Jezero crater might be the best place to search for traces of this past life. Photograph: AP

The missing link isn’t a not-yet-discovered fossil, after all. It’s a tiny, self-replicating globule called a coacervate droplet, developed by two researchers in Japan to represent the evolution of chemistry into biology.

“Chemical evolution was first proposed in the 1920s as the idea that life first originated with the formation of macromolecules from simple small molecules, and those macromolecules formed molecular assemblies that could proliferate,” said first-author Muneyuki Matsuo, assistant professor of chemistry in the Graduate School of Integrated Sciences for Life at Hiroshima University.

Image: A team of Japanese scientists found the missing link between chemistry and biology in the origins of life. (CREDIT: Creative Commons) 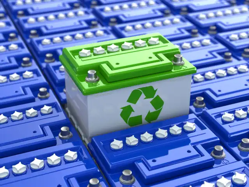 We need energy. We want to transition from significant emissions of greenhouse gases toward more sustainable, climate-neutral sources of energy. We believe foreseeing the demand for batteries dropping at any point in the near future is difficult.

But there is a problem. Redwood Materials, a company that is focusing on battery recycling, articulates it very clearly in the title of figure 1 and then in their infographic. The COVID-19 pandemic laid bare the fact that many things have built toward highly globalized supply chains. Batteries are a critical example, and securing supply is a topic that many regions are thinking about today. 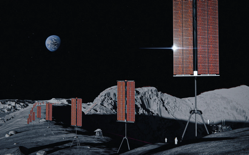 The coming wave of satellite constellations all need power, but solar panels built for space are extremely expensive and difficult to manufacture. Solestial is ready to change that with space-grade panels built using inexpensive, scalable processes, and it just raised $10 million to take its tech from lab to orbit.

The company, formerly known as Regher Solar, has its roots in years of academic research at Arizona State University into the possibility of achieving the performance of space-grade cells with the materials and methods used for terrestrial solar panels. 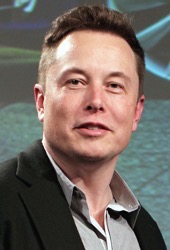 This is the 100th episode of Plain English! I don’t know how that’s possible. Thanks to all of you who have listened. This has been a ton of work and a ton of fun. I’m still figuring out what this show is; how to balance news and tech gossip and big society questions and war coverage. There are days I think I know exactly what I’m doing and days I think I know even less than when I started out. And I just want to say to all the folks who have, on any medium, offered negative feedback or positive feedback: I’m reading it. 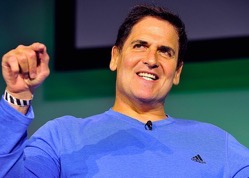 Then, he landed his first job in tech as a PC software salesperson at a company called Your Business Software. But in an old blog post, which Cuban recently shared on Twitter, the billionaire revealed he almost didn’t land the consequential role. He had no experience and was “trying to pull out every interview trick I knew.” 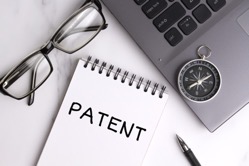 INNOVATORS and start-ups are often so enthusiastic about their great ideas that they forge ahead with their business without taking time to protect their intellectual property (IP), according to Dr Alwyn Bernard Dippenaar, a Senior Associate and Patent Attorney at KISCH IP. Attorneys.

The patent attorney said this could result in costly battles and losses in future. “Entrepreneurs and business owners often fail to ensure that their business structure has the necessary legal and administrative foundation to survive the challenges often experienced by successful ventures.” 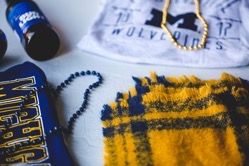 In preparation of speaking at the Michigan Tech Week (MTW) on October 12 and 13, I discovered so many connections to the University of Michigan (U-M) that I decided to dig into what powers U-M’s entrepreneurial success.

Seemingly everyone knows that the University of Michigan (U-M) is the world’s leading public research institution. What’s not as widely known is how Ann Arbor has a storied and growing entrepreneurship ecosystem that shows no signs of slowing down.