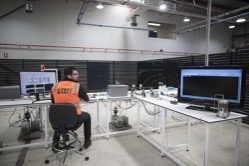 A small Australian research lab tucked away in a coastal town, 70 kilometers (43 miles) north of Sydney, says it has developed a patented technology using a catalyst that can turn hydrogen and oxygen into superheated steam capable of driving a power-station turbine.