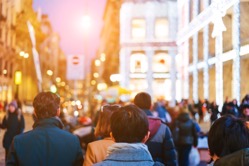 The notion of creating a startup company might appeal to a large group of people but only a few will attempt to actually start a company. Why? Several reasons but the most important might be the fear of failure. According to the Small Business Administration, in 2019, the failure rate of startups was around 90%. Quite often when looking at why the companies failed, it might be because the company should have never been started. Sometimes it’s a solution in search of a problem, a failed set of assumptions or most importantly, there was no clear marketplace.