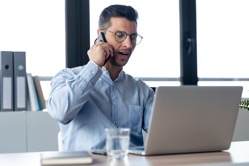 When I started as a postdoc at the University of Cambridge back in 2013, I knew – absolutely knew – that I would eventually become a professor. It was a done deal, there was no question. Instead, after many twists and turns, I started hatching an idea to start a business, and in 2017, I incorporated The Supplant Company.

It was a rocky journey during which we had to change strategy numerous times. But eventually, an amazing team and I turned an idea into something real.