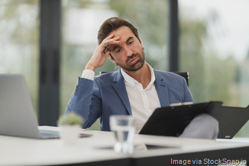 New entrepreneurs who want to survive, and optimize the growth of their startups, need to think globally, and act locally, from day one. This approach, popularly known as “glocalization,” means you have to design and deliver global solutions that have total relevance to every local market in which you operate. 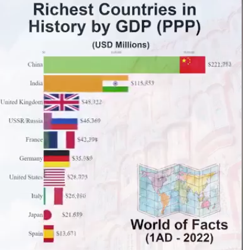 This is the most FASCINATING historical and visual progression on 2,000 years of wealth from a GDP perspective. On one hand, it's sad to view the colonization (translation=conquering) of some countries in the first millennia. On the other hand, it was amazing to view the birth and explosive growth of the USA. Worth a watch...

Every quarter our firm goes through a process to value our entire portfolio. Those values, on a schedule of investments we publish to our investors every quarter, flow through to our financial statements and capital accounts and establish how much an interest in our partnerships are worth at that time.

We have always taken this process very seriously and approach it with a lot of rigor. Every partner is highly engaged with this process. Although we have a fantastic financial team at USV, we do not simply outsource valuing the portfolio to them because we understand that those who are closest to the portfolio companies will have the best view of what they are worth. 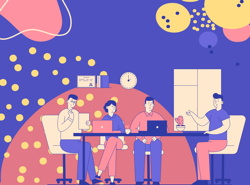 If you ask me, the hiring managers are not looking for the correct answers. They want to evaluate your work experience, technical knowledge, and logical thinking. Furthermore, they are looking for data scientists who understand both the business and technical sides.

For example, during an interview with a top telecommunication company, I was asked to come up with a new data science product. I suggested an open-source solution and let the community contribute to the project. I explained my thought process and how we can monetize the product by providing premium service to paid customers. 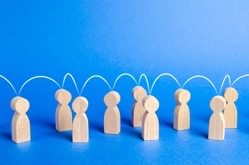 Summary: A new study reveals a genetic link between Alzheimer’s disease and several gut-related disorders. Researchers report Alzheimer’s patients and those with intestinal disorders have specific genes in common. The findings add to the evidence the gut-brain axis may play a role in the development of neurodegenerative disorders.

People with gut disorders may be at greater risk of developing Alzheimer’s Disease (AD).

A world-first Edith Cowan University (ECU) study has confirmed the link between the two, which could lead to earlier detection and new potential treatments.

AD destroys memory and thinking ability and is the most prevalent form of dementia.

It has no known curative treatments and is expected to affect more than 82 million people and cost US$2 trillion by 2030.

Identifying patients ‘outside the clinic’ can provide significant benefits for researchers and population health managers. Better understanding of patient cohorts can shed light on patient journeys, help optimize decisions around treatment choice and timing and inform the development of new therapies and intervention programs. Even without ‘in-clinic’ insight - the ability to directly interact with the patient, to confirm their membership in a cohort - we have plenty of population-level tools we can use to try to identify patients.

Josh Riedy knew it wasn’t real – that he wasn’t actually hovering near the top of a wind turbine in North Dakota, hundreds of feet off the ground. But it didn’t matter when he looked down. His stomach still dropped as if he were on a rollercoaster.

The CEO of Airtonomy was inside a digital replica of a real wind farm at the time, trailing a simulated drone through virtual reality glasses as it inspected towering turbines. His North Dakota-based company has been using these hyper-realistic simulations to train autonomous aerial vehicles that are now inspecting wind farms, surveying wildlife and detecting leaks in oil tanks across the Midwest. 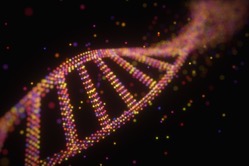 How life originated on Earth continues to fascinate scientists, but it's not easy peering back billions of years into the past. Now, evidence is growing for a relatively new hypothesis of how life began: with a very precise mix of RNA and DNA.

RNA and DNA both determine the genetic make-up of all biological life, with DNA acting as a genetic blueprint and RNA as a blueprint reader or decoder. For a long time, it was thought that RNA developed on Earth first, with DNA evolving afterwards – but mounting evidence suggests they may have emerged at the same time and both been involved in kickstarting life on the planet. 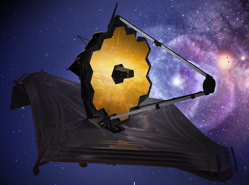 With the release of the James Webb Space Telescope's first images on July 12 (and a sneaky reveal by US President Joe Biden on July 11), NASA, ESA and the Canadian Space Agency proved the $10 billion, 1-million-miles-from-Earth, two decade-long dream 'scope actually works. And it works flawlessly. Just take a look at the upgraded visuals Webb delivered over its predecessor, Hubble. They're visceral masterpieces that force us to think of the universe's magnificence and reflect on our solar system's negligible corner within. 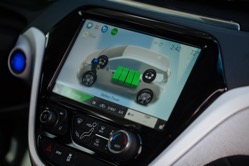 Many of the cheapest, cleanest sources of power are dependent on environmental conditions — turbines can’t spin if the wind isn’t blowing, and solar panels can’t harvest energy if the sun isn’t shining (usually).

Fossil fuels don’t have that consistency problem — you can burn coal or natural gas at any time to produce electricity — so we rely on them for times when renewable energy isn’t available.

Following the recent news about an avocado alternative called Ecovado, here is a roundup of 10 innovations that aim to reduce the carbon impact of the food industry and our diets.

The global food system, including the actions that take food from farm to plate such as transportation and production, is estimated to contribute 30 per cent of total greenhouse gas emissions, with over half of those a result of livestock agriculture.

If you encounter it at all, it might be on the highway. Driving down I-95 from Boston to New York City, you’ll pull into a rest stop and notice a sign advertising “clean hydrogen fuel.” As you pass an 18-wheeler parked in the lot, you might catch a glimpse of a decal near the gas cap — green letters that read, “powered by H2.”