Ever since the Sci-fi TV series Star Trek telecast, the show has left people baffled with thousands of questions.

The science fiction series has always been intertwined between real-life science since the past decades. It has inspired technologies that people use daily.

Of many remarkable events shown in the series, warp drive was one of the many futuristic ideas that caught the attention of many people across the globe. In fact, it was the very first theory proposed in Star Trek, allowing it to travel faster than light across the galaxy. Thus, opposing Einstein’s Theory of Relativity – prevents anything from moving faster than light. 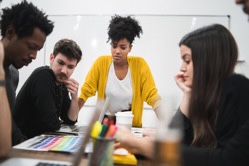 Geothermal power currently provides only a tiny fraction of the nation’s electricity. But as states ramp up their transitions to renewable electricity, some leaders see a big role for geothermal as a stable, renewable power source.

Used in the United States since 1960, geothermal plants pipe steam or hot water from deep wells to power turbines that produce electricity. Harnessing underground heat is more expensive than developing wind or solar energy, but experts say the dependable output from sources like geothermal is critical to shore up the grid at times where the sun isn’t shining or the wind isn’t blowing.

The energy transition is just getting warmed up. For proof, see Our Next Energy. The Michigan-based startup is developing a trick dual-chemistry battery pack that’s the sort of innovation that’ll likely come to define the climate tech economy.

The heart of ONE’s technology is a battery management system that allows an EV to use two different cell chemistries, one for daily driving and the other for longer road trips. It’s an innovation that has allowed the company to look at materials that had previously been cast aside, those once thought unfit for EV duty.

Image: Image Credits: Our Next Energy 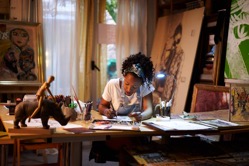 Innovate or die. Cliché as it might sound, there's a lot of truth to this adage. Amazon, Apple, Netflix and LEGO are all companies that reinvented themselves in some way to not only survive but also thrive. One of the more recent companies to reinvent itself is Chipotle. Though known for its counter-service approach, the fast-food chain had to drastically pivot during the pandemic. As such, it created Chipotlanes: drive-thru lanes for mobile pickup orders. On the surface, it's not a significant reinvention, but it is one that got the company through Covid-19.

In some ways, Y Combinator’s biannual Demo Day is somewhat predictable: There will be Stanford dropouts, last-minute pivots, and, as always, promises of near-term profitability. We even made a bingo board about it.

But one thing I can never guess ahead of time is the exact priorities of the season’s batch. Y Combinator stands by the fact that it backs people, not ideas, so its Demo Day technically unveils two things: who the accelerator bet on and what they decided to prioritize. This year was different for myriad reasons. First, YC Summer 2022 is the second batch to receive a $500,000 check instead of $125,000, as part of the accelerator’s expanded check size. Second, the batch was smaller than usual (see previous versions of this column here and here; it’s a different tone altogether) — a narrowing of focus the accelerator says was due to the downturn 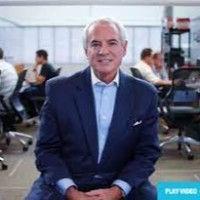 Obamacare was enacted on March 23, 2010. Every year since, Pundits predict the demise or significant alteration of Obamacare. The alternative to Obamacare is Othercare. In other words, employed and independent practitioners can struggle using old models of care and try to chase their tail every time the government and payers issue new rules, or, you can be innovative and be proactive. Skate with the puck v skating to where the puck will be. You need to adapt to several major trends like fee for service migrating to payment for valued care, improving the patient experience, the demand for care outstripping supply, and many more. It's time for doctors to take care of business since, if they don't, they will no longer be able to take care of patients. 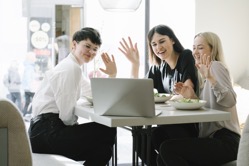 The way Americans work has been in flux since 2020, but the working world finally appears to be approaching a more "normal" state. The percentage of workers reporting in-person (52% as of August 26) has risen steadily as COVID restrictions have eased, and the percentage of remote workers (29%) has dipped in kind, according to LinkedIn’s Workforce Confidence survey. Hybrid arrangements have gained in popularity since the onset of the pandemic, with 17% of workers saying they split their time between home and onsite work these days.

After two years of hastily throwing a business jacket over a T-shirt and sweatpants while letting people into our homes
during the Covid-19 pandemic, our tolerance for conformity — and discomfort — has changed. The business dress code is evolving. Have you been rethinking your work attire as you transition back into the office, but you’re worried about what others will think? In this piece, the author offers practical steps to try if you’re considering changing things up. 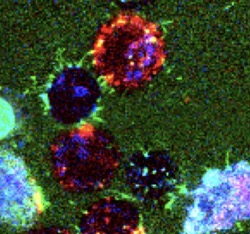 Working on microscopic pipes only a millionth as wide as a single strand of human hair, Johns Hopkins University researchers have engineered a way to ensure that these tiniest of pipes are safe from the tiniest of leaks.

Leak-free piping, made with nanotubes that self-assemble, self-repair, and can connect themselves to different biostructures, is a significant step toward creating a nanotube network that one day might deliver specialized drugs, proteins, and molecules to targeted cells in the human body. The highly precise measurements are outlined today in Science Advances. 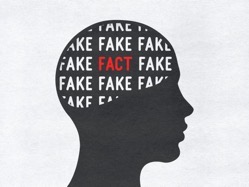 Have you ever listened to a talk by somebody who came across as an expert, only to find that they had no clue after all? Or perhaps you’ve been annoyed by a colleague who explains the obvious in a condescending way. The way expertise is expressed is very similar to how confidence is expressed. And despite the trope of mansplaining, this happens independent of gender, although communicative styles do tend to differ between the genders. 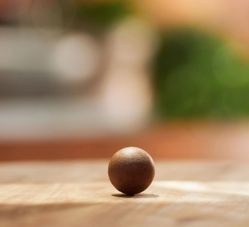 Soon you won’t have to put up with those annoying capsules to get quick and easy coffee at home. That’s because a company known as CoffeeB has created an innovative compostable coffee ball system, letting you enjoy your coffee without waiting on the plastic to break down over several months. It will retail for around $5 when it releases and will come with its own machine, too.