Sometimes when traveling abroad, the biggest, most obvious differences between peoples and places can fade into the backdrop of the experience. Nature, geography, architecture, cuisine, language, dress, appearance — while these differences are some of the most immediately recognizable, they can’t seem to account for “foreignness” in and of themselves.

If starting your own business is looming on the horizon, you’d be joining millions of other Americans elevating the number of new businesses in the U.S. to decade highs.

But before you take the leap, remember that being an entrepreneur requires a lot of preparation: You need to consider start-up costs, learn how to properly navigate your finances and figure out the operating costs involved in the day-to-day functioning. While there are no hard and fast rules, it’s important you master some of these basics before embarking on this new journey. 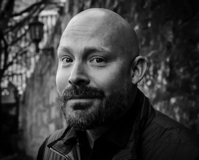 hen Houston Exponential established the HX Venture Fund, the goal was to bring out-of-town capital and investors into the city of Houston. The fund of funds invests in a portfolio of venture capital funds with the hope that those funds find a way back into the Houston startup ecosystem.

At first glance, I’m sure the site is broken. Printing Money, the result of two weeks of work by data-visualization artist Neal Agarwal, imagines various hourly rates of pay as a printing press, which streams dollar bills across the page as they’re earned.

Spotted by FlowingData, the graphic is an effective way of understanding how much money you actually earn moment-to-moment in various professions, ranging from flipping burgers to computer programming. But as I’m staring at the first row, examining the $7.25 per hour dictated by the federal minimum wage, I can swear these dollars aren’t moving at all. 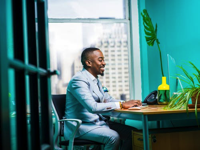 As technologies and business models continue their rapid evolution, companies are experiencing a step change in the workforce skills they need to thrive and grow. Previous research has shown that as many as 375 million workers globally might have to change occupations in the next decade to meet companies’ needs and that automation could free employees to spend as much as 30 percent of their time on new work.

For new college students, choosing a major can feel like a decision that shapes one's life trajectory. But a degree in computer science is no guarantee that you'll create the next billion-dollar startup, and a philosophy degree won't necessarily keep you from starting a business.

The best and brightest CEOs in tech come from a wide-range of educational backgrounds. 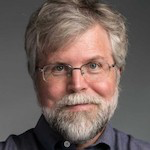 Here’s a useful article that looks at the fate of university-licensed startup (ULS) life sciencecompanies over the last few years. There are more and more such companies (a greater than tenfold increase in their number since 1990), but a comprehensive look at success rates (and how such rates vary according to the universities involved) has been harder to come by. A lot of work went into this overview, and I’m glad the authors were able to assemble it. They spent a lot of time digging through tech-transfer records and contacting universities to make sure that they’d covered everything, checking venture capital announcements and state corporate registrations, and searching through press releases, LinkedIn pages, and more. The data that they have produced look like the best we have on the subject.

Starting a business can be very challenging. According to the U.S. Small Business Administration, about half of all new businesses fail within their first five years. There are countless factors that can undermine a company’s chances for success and ultimately doom it. While most of these factors — such as those related to product quality, pricing, and planning — can be blamed on poor management, a business’s chances for success can also depend on outside factors. 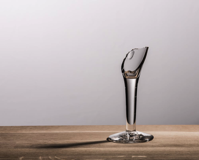 Silicon Valley has long been known for its “ask forgiveness, not permission” and “move fast and break things” attitudes, but lately it’s had to reckon with the consequences of that mindset. Examples from Uber to WeWork suggest that this modus operandi exposes fast-growing firms to significant risks.

Most family business founders aspire to build a firm that will last for generations to come. Sadly, that’s a rarity: According to Gallup, less than one-third of global family firms outlive the founder, and a scant 12 percent make it to the third generation.

Inadequate succession planning is often blamed for low rates of generational transfer. However, succession is only one facet of a much broader slate of policies and practices that promote longevity in family business. The term for this brand of business discipline is institutionalisation. Without it, family firms are defenceless against the threats to leadership, governance, talent management and decision-making that unavoidably crop up for all organisations that survive past the early developmental stages.

A map showing the spread of confirmed coronavirus cases in Singapore is going viral in the country.

As of Thursday, the country has recorded 58 cases — making it the country with the highest number of confirmed cases in the world outside China, which has nearly 60,000 cases.

The number of infections in Singapore also come just before those on the Diamond Princess, the cruise ship quarantined in Japan which has found 218 infections since last Monday.

Feb. 10, 2020 -- Linda Larrimore has been getting chemotherapy every other week for 6 years to treat and manage colon cancer.

The chemotherapy is keeping her health stable, so it’s well worth it to the mother and grandmother to regularly get the treatment. Usually, she spends the 4½ hours every other week reading, watching TV, or chatting.