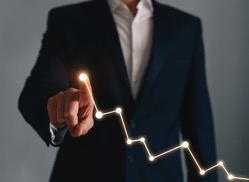 It didn’t take long for a trend to emerge: Last quarter, we reported that the venture slowdown was impacting fundraising for startups of every size and sector. And we also noted that round sizes from the Series A to C stages in the United States were in decline.

Our conclusions were based on early data from Carta on Q1 2022 activity through its ownership management platform. As such, it was a good proxy for overall investing into startups in the first three months of the year — and the tendency was confirmed when the platform released a fuller roundup that we analyzed a couple of weeks later.