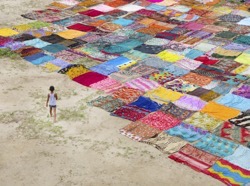 Our current color theory has been wrong for 100 years, and getting it right could have huge implications for electronics, textiles, paints, and even the planet, as a new model could save millions of dollars and kilowatts of energy on storage and internet bandwidth alone.

For the last century, scientists believed that the most accurate way to represent how our brain distinguishes colors was a 3D model developed by Nobel Prize-winning physicist Erwin Schrödinger (yes, the cat-in-the-box guy), following an idea by Bernhard Riemann, a 19th-century mathematician who created a new type of geometry that carries his name.