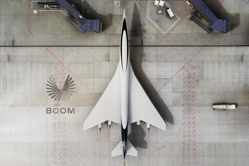 On July 25, 2000,  a Concorde supersonic jet operated by Air France flying from New York to Paris crashed shortly after takeoff. The accident, caused by a piece of debris on the runway, killed all 109 people on board and four on the ground. It dented the reputation of supersonic air travel and accelerated the retirement of the Concorde, which was already facing infeasibly high operating costs and repeated complaints about its noise. Three years later, in October 2003, the Concorde completed its final flight from New York to London in 3.5 hours and then disappeared from public sight, ending 27 years of commercial operation.