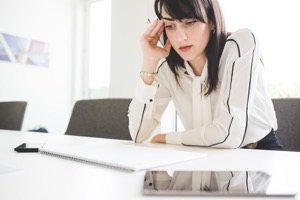 Lyndon B. Johnson was known for his histrionics — his customary reaction to minor pain or illness was "frantic" and "hysterical," wrote Robert Caro for the New Yorker in 2012. But when under pressure — real pressure, as he was the day he became president after John F. Kennedy was assassinated — Johnson assumed a near preternatural calm.

As Caro writes, "Johnson's aides and allies knew that, for all his rages and his bellowing, his gloating and his groaning, his endless monologues, his demeanor was very different in moments of crisis, in moments when there were decisions — tough decisions, crucial decisions — to be made; that in those moments he became, as his secretary Mary Rather recalled, 'quiet and still.'"