Fresh water is scarce in many parts of the world and must be obtained at great expense. Communities near the ocean can desalinate sea water for this purpose, but doing so requires a large amount of energy. Further away from the coast, practically often the only remaining option is to condense atmospheric humidity through cooling, either through processes that similarly require high energy input or by using "passive" technologies that exploit the temperature swing between day and night. 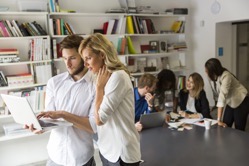 You've most likely heard sayings like the Jim Rohn quote, "You're the average of the five people you spend the most time with." Those in our inner circle play an important role and can influence our well-being and growth.

Attracting the right people requires you to be whom you want to attract. When entrepreneurs tell me they are not finding their people, my first question is, "Are you the person that your desired circle would be attracted to?" 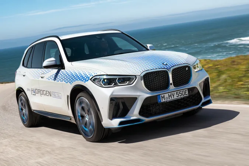 The longstanding green car partnership between BMW and Toyota is relatively close to bearing more fruit. As Autoblog explains, BMW sales chief Pieter Nota told Nikkei in an interview that the brands aim to sell jointly-developed hydrogen fuel cell vehicles as soon as 2025. Nota didn't hint at what to expect, but stressed that fuel cells are "particularly relevant" for large SUVs like the iX5 Hydrogen concept (above). Small-volume production of the iX5 is expected to start by the end of this year.

The sky turns dark, a heavy rain falls and a bolt of lightning crackles through the air. But instead of striking down toward the ground, or zipping sideways between clouds, this lightning bolt does something unexpected: It blasts straight upward from the top of the cloud, shooting 50 miles (80 kilometers) into the sky, grazing the lower edge of space.

Bolts like these are called gigantic jets. They are the rarest and most powerful sort of lightning, occurring as few as 1,000 times a year and emitting more than 50 times as much energy as a typical lightning bolt — and now, scientists have just detected the single most powerful gigantic jet yet.

Image: Three sequential photos of a 'gigantic jet' lightning bolt blasting out of the top of a cloud over Oklahoma, and shooting directly into space. (Image credit: Chris Holmes)

Amajor breakthrough in nuclear fusion has been confirmed a year after it was achieved at a laboratory in California.

Researchers at Lawrence Livermore National Laboratory's (LLNL's) National Ignition Facility (NIF) recorded the first case of ignition on August 8, 2021, the results of which have now been published in three peer-reviewed papers.

The European Space Agency (ESA) has published a video that puts into perspective just how far away the latest target of the James Webb Space Telescope (JWST), the Cartwheel Galaxy, is.

On August 2, the Webb Team published a gorgeous high-resolution photo of the Cartwheel Galaxy, a rare ring galaxy that was formed as a result of a collision between a large spiral galaxy and another smaller galaxy.

The photovoltaic effect of ferroelectric crystals can be increased by a factor of 1,000 if three different materials are arranged periodically in a lattice. This has been revealed in a study by researchers at Martin Luther University Halle-Wittenberg (MLU).

They achieved this by creating crystalline layers of barium titanate, strontium titanate and calcium titanate which they alternately placed on top of one another. Their findings, which could significantly increase the efficiency of solar cells, were published in the journal "Science Advances".

Image: Most solar cells are currently silicon based; however, their efficiency is limited. (CREDIT: Creative Commons) 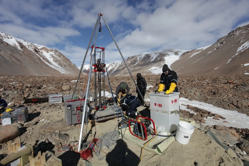 To learn about the future of Earth’s climate we can look to the past, and o
ne of the best ways to do that is with samples drilled from deep ice cores. Now, scientists have dated what may be the world’s oldest ice core, with some sections potentially preserving samples as old as 5 million years.

The natural preservation ability of ice is dialed up to 11 in places like Antarctica, where tiny trapped air bubbles can capture pristine samples of the Earth’s atmosphere from thousands or even millions of years ago. Markers like carbon dioxide concentrations can be cross-examined with other ancient records to get a deeper understanding of what the climate was like in the distant past, and how things have changed.

ou’ve got to see it to believe it. 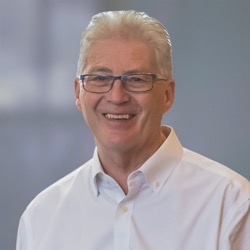 was struck by the extensive experience/ skill set of the delegates and their commitment to nurturing and directing their respective universities along the road map to commercialising academic research.

The EiRs were from a wide range of disciplines, from mathematics to psychology and from biotechnology to engineering backgrounds. The key attributes they all displayed were experience in the commercial sector, being involved in innovation systems and a desire to make an impact within their EiR programme by bridging the gap between academic research and commercialisation. 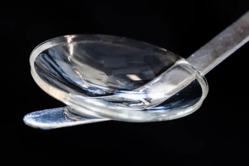 Corneas made from pig collagen have restored sight for people who were previously legally blind or visually impaired. Two years after the operations, none of the recipients have reported serious complications or adverse side effects.

More than 12 million people around the world have corneal blindness, which can occur when the eyes’ clear, protective outer layer becomes cloudy or misshapen from damage or disease. Because corneal transplants currently require a human donor, only 1 out of every 70 people in need of care receive one. In many lower-income nations, the cost of the operation further complicates access to treatment.

Image: The cornea made from pig collagen THOR BALKHED/LINKÖPING UNIVERSITY